Let’s talk about the Ceph nodes a little, because it took me some time to better understand what is required to build a working Ceph cluster.

In summary Ceph is built from the following components which can run on separate nodes or can run all on one node, which is not really recommended from obvious reasons. 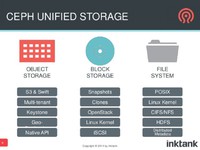 This is a new series of articles about Ceph. I am not Ceph expert and I still have a very limited knowledge of Ceph, but I found Ceph very interesting storage option. So what is Ceph? According to the developer website, “Ceph is a distributed object store and file system designed to provide excellent performance, reliability and scalability”.

Hi there. My USB stick partition was not visible when I plugged a USB flash drive into a server running Debian Jessie and MDADM. Here is more information about the issue and how I resolved it. 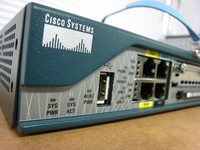 The Cisco 887VAW introduces a concept of integrated AP that is running dedicated IOS image file separately from the router's IOS image file. 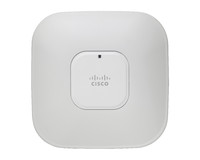 I have recently purchased Cisco 1142n wireless access point to speed up file transfers from my notebook to server and back. I have to admit that I was surprised by the performance of this baby. The transfer speeds are reaching 10MB/s now.

I have been thinking for some time to purchase Ciscon ADSL modem to experiment and learn new stuff. Finally the day come and my Cisco 887VA arrived.

In this article I will show you how to configure Cisco 887VA ADSL Router. This basic configuration can be useful for any ADSL connection whether its for home or business.

We are going to configure Samba to work with LDAP and Kerberos in this article. This will provide storage access to Windows clients through SMB protocol.